Be Part of the Next Generation
That Ends Tobacco!

We’re the KBG, a powerful youth FORCE that’s leading the fight against Big Tobacco. KBG is a youth-led, youth-run organization. KBG educates thousands of youth and teens annually, keeping Delaware youth aware of the dangers in all tobacco and nicotine products.

We’re setting the example of a tobacco- and nicotine-free lifestyle through education, prevention, encouraging other teens to be positive and healthy role models.

BUT THERE’S STILL MORE TO DO

FORCE
denotes strength or energy as an attribute of physical action or movement. It is a cause of change and can stand for the capacity to persuade or convince. The KBG Force4Change, challenges you to become part of Delaware’s largest movement that is here to put an end to tobacco and nicotine use.

KBG FORCES can be found all over Delaware.  From middle schools to high schools and even community centers, KBG FORCES are EVERYWHERE!

HOW DID WE GET HERE?

The Kick Butts Generation (KBG) was established in 1999.  In 2019, the KBG celebrated it’s 20th anniversary fighting back against big tobacco.

Taking a look back, KBG has accomplished huge tasks:

View past editions of the KBG newsletter!
(If you join our organization via this website, you will automatically receive the KBG VOICE newsletter.)

The Kick Butts Generation is made possible through Division of Public Health’s Youth Tobacco Prevention and Education Contract. Funding for the Contract is provided by the Delaware Health Fund and managed by the American Lung Association in Delaware.

Are You Ready To Kick Some Butt? Then You're Ready to Join the KBG!!!

Join right here as a KBG Advisor or Student!​ 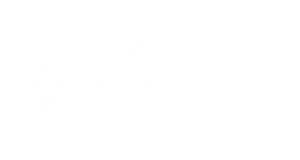